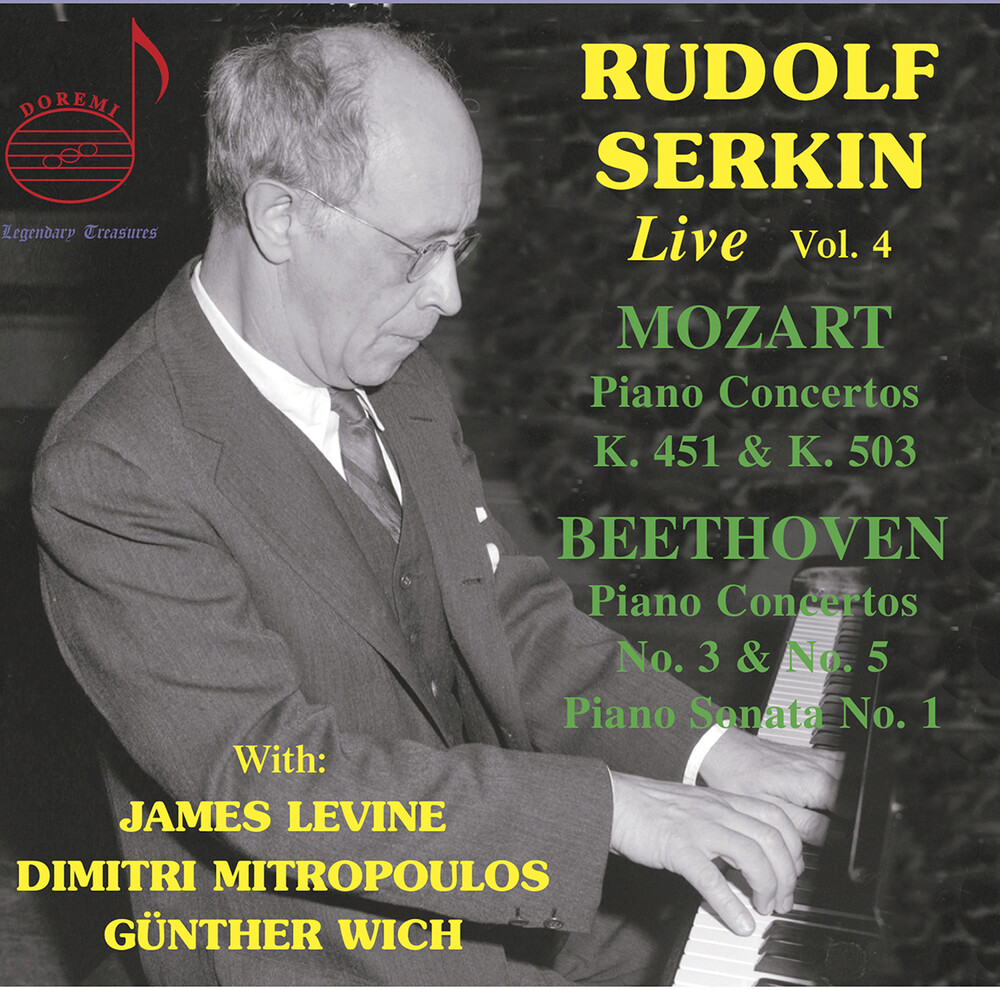 A New Yorker review about Rudolf Serkin from 2017 states: "his performances... reflect his sense of titanic struggle to realize the ideas and emotions that he found in the words that he played. He bypassed the surface sheen of ingratiating sounds to render the beauty of that struggle; his piano tone is itself the sound of struggle filled with the meeting of metal and wood and evoking spiritual exaltation through physical and intellectual exertion." Rudolf Serkin was born in 1903 in Bohemia. His musical gifts emerged early. And he made his debut with the Vienna Philharmonic at 12. His European career extended throughout the 20s and 30s. He first played in the United States in 1933, and three years later appeared with the New York Philharmonic under Toscanini, eventually performing with them over 100 times. Rudolf Serkin became one of the most admired pianists of the 20th century. He performed and recorded extensively with the top international orchestras and conductors.
back to top