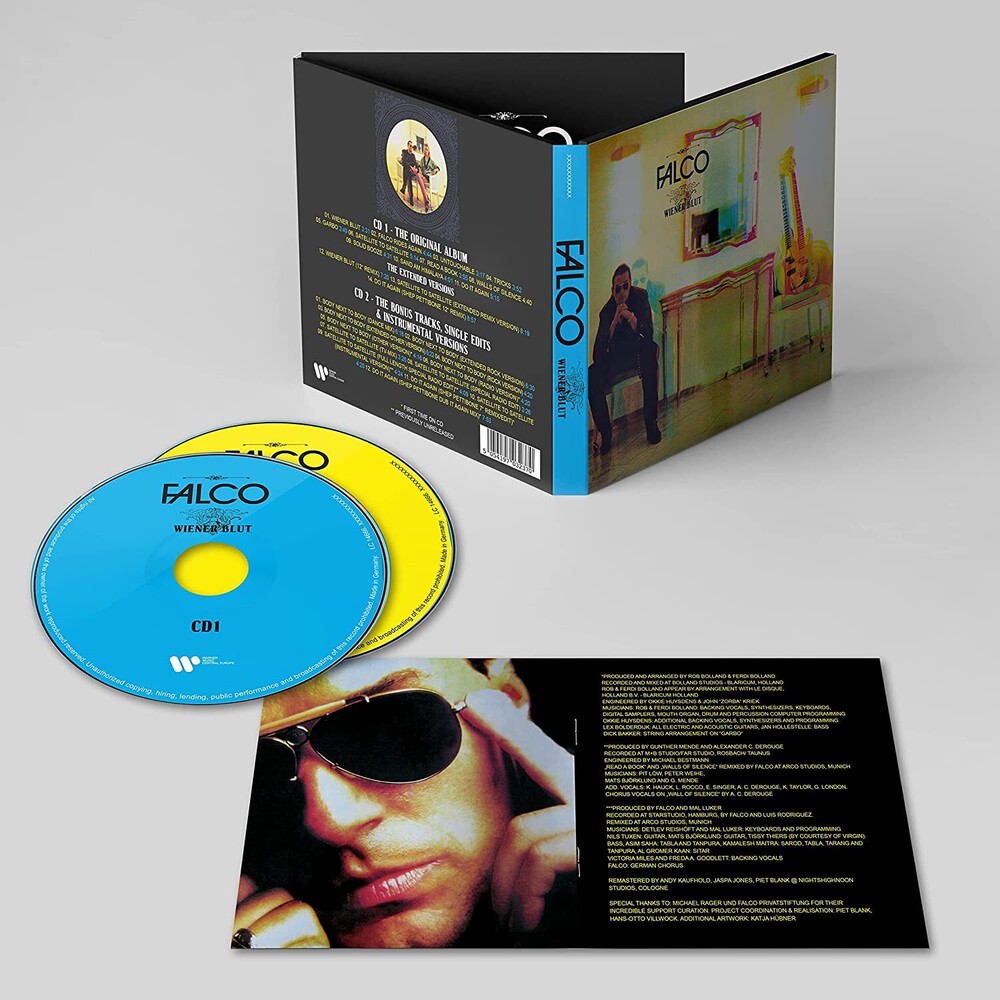 Digitally remastered and expanded two CD edition. Produced in 1987, was originally released in August 1988 - the album achieved chart success in German-speaking countries (Top 10 in Germany, #2 in Austria), the initial plan had been to record the songs on the album with a new production team (Gunter Mende and Candy Derouge) and with a new musical direction (more melodic, more radio-friendly and more commercial). But in the end, only four songs were ultimately used from these sessions. Returning to his former setup with the Bolland brothers, Falco then produced another six tracks - and in addition to the Bolland recordings, a cover version of the Steely Dan hit 'Do It Again'.
back to top