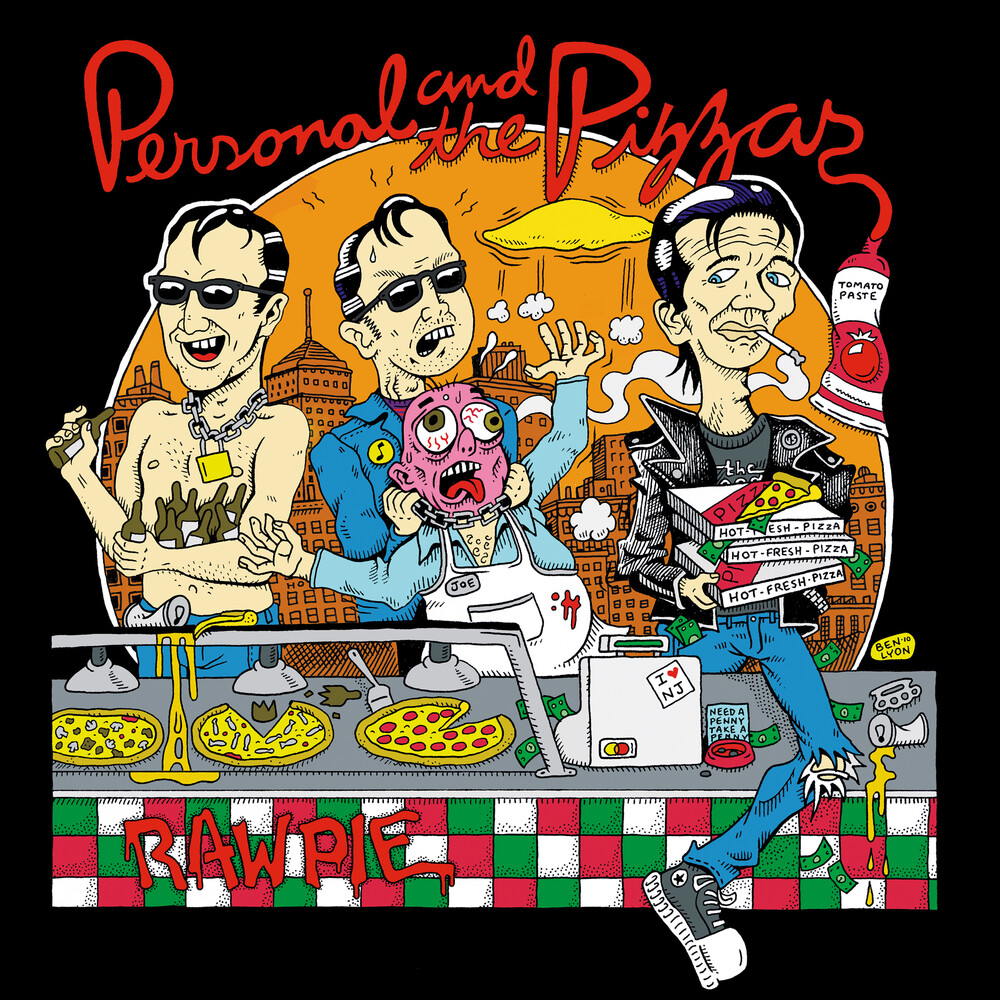 Originally issued by 1-2-3-4- Go! Records and now back in print on it's new home of Slovenly Recordings, 'Raw Pie' is the debut 12' from New Jersey alley rats PERSONAL AND THE PIZZAS - collecting their previously released singles and out of print for a decade - still piping hot and greasy enough to dab with your napkin. Hear classics like 'Tear Jerker,' 'I Can Reed' and 'Pepperoni Eyes' again for the thousandth time on fresh wax, and now available in limited edition pizza sauce red!'Listen If: You love the Ramones, have outgrown Weird Al, and your sense of humor is twisted as Little Caeser's crazy bread.' - Rolling Stone'Claiming to hail from the Garden State, the band heaps a Benny Tudino's-sized slice of ham onto songs about chains, brass knuckles, and, most importantly, pizza-the cornerstone of any punk's diet.' - Village Voice'(Personal and the Pizzas) Combine a generous helping of '60s garage influence with a dash of pop sensibil-ity, and top it off with Joey Ramone's vocal styling, and what results is vintage-tinged but far from uninspired.' - Onion AV Club
back to top