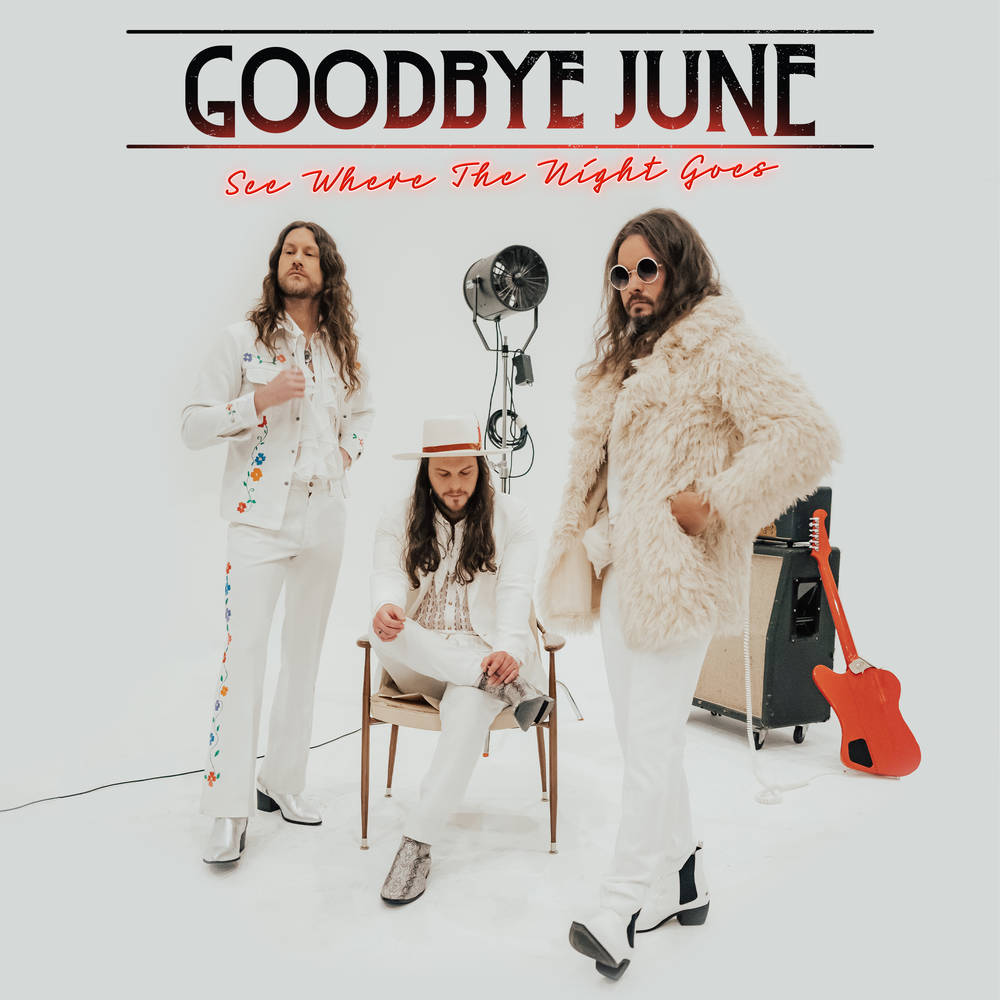 Visualizers plus on cover videos.

Vinyl LP pressing. 2022 release. Produced by Grammy Award winning producer Paul Moak, See Where The Night Goes is the hotly-anticipated third studio album from Nashville rock n roll prodigies Goodbye June. 11 tracks of the very finest modern day rock music, with a twist of southern twang and washed down with a shot of blues. A riot-worthy album of runaway rock n roll rooted in southern blues, See Where The Night Goes brings swinging grooves, incendiary twin-attack guitars, relentless rhythm and vocals that give Steven Tyler a run for his money. Goodbye June collide with the most legendary of rock influences whilst making their own unique gleaming print on the canvas of modern rock. This is an album not to be missed by music fans who trust in rock 'n' roll to liberate them from the mundane.