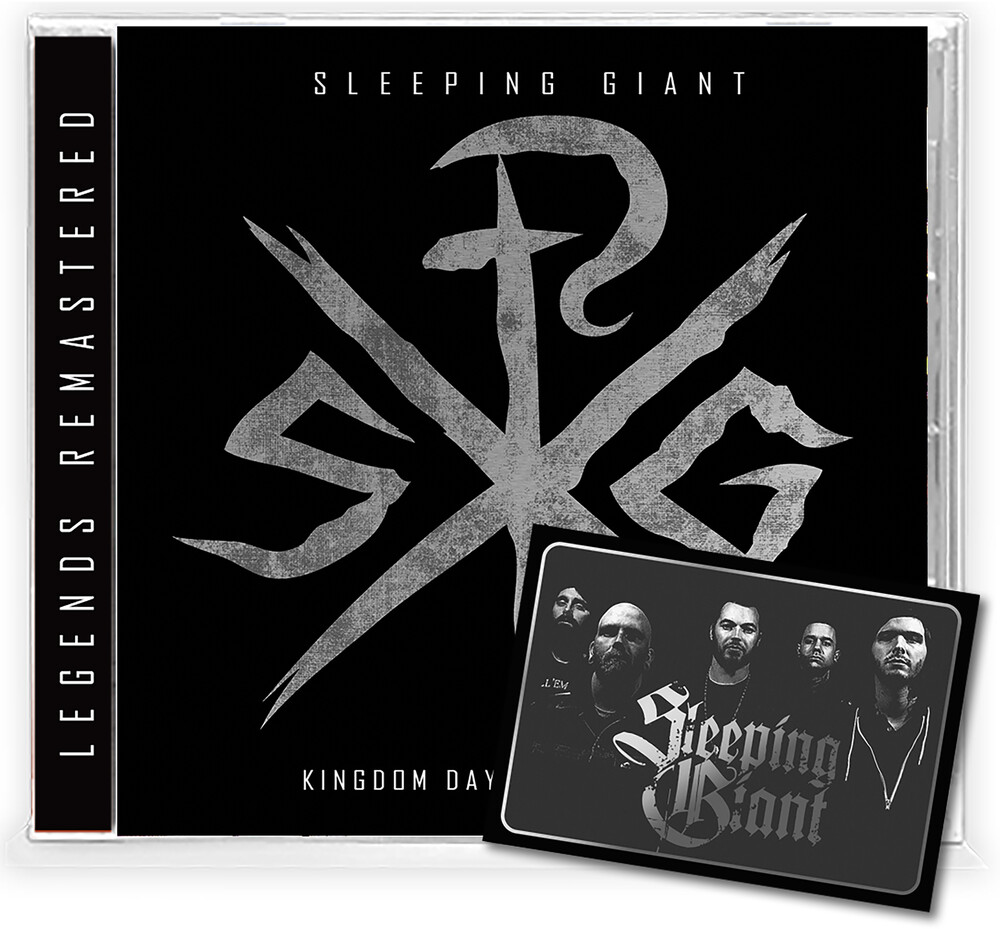 Officially licensedLimited to 1000 units12 page booklet with lyrics and rare band pics / remastered1st pressing includes a limited edition foil-stamped band collector cardGuest appearance by Frankie Palmeri of EmmureOriginally released in 2011 on Ain't No Grave RecordsFeaturing the 1st time bonus track "Destroying Every Idol". Sleeping Giant hit gold in 2011 with Kingdom Days in an Evil Age, their third album of top-shelf Christian metalcore. One of the best things about Kingdom Days is the band's fusion of California metalcore with the swagger of Southern groove metal: when they move into the standard hardcore breakdown, they do it with the sluggish, pounding attitude of Pantera. Tommy Green brings his usual macho, sermonizing yells, while the rest of the group hold everything together beneath the album's punishing riffs. This includes a good amount of (usually very Christian) group choruses. The tracks explode one after another showing no mercy, the brilliantly inspirational and energetic 'The Cross Is Suicide' as urgent and dominating as the song 'Jehova Shalom' with it's devastating defiant riffs and drum attack. The passion the band as a whole and especially Green give for their belief and message is equaled by their skillful and driven ability to create furiously keen and intensive music. The 2022 Bombworks Records CD reissue comes in a jewel case with an 8-page booklet with lyrics, and it's been fully remastered by Rob Cowell of Bombworks Sound and the first pressing of the CD comes with a band foil-stamped Collector Card.
back to top