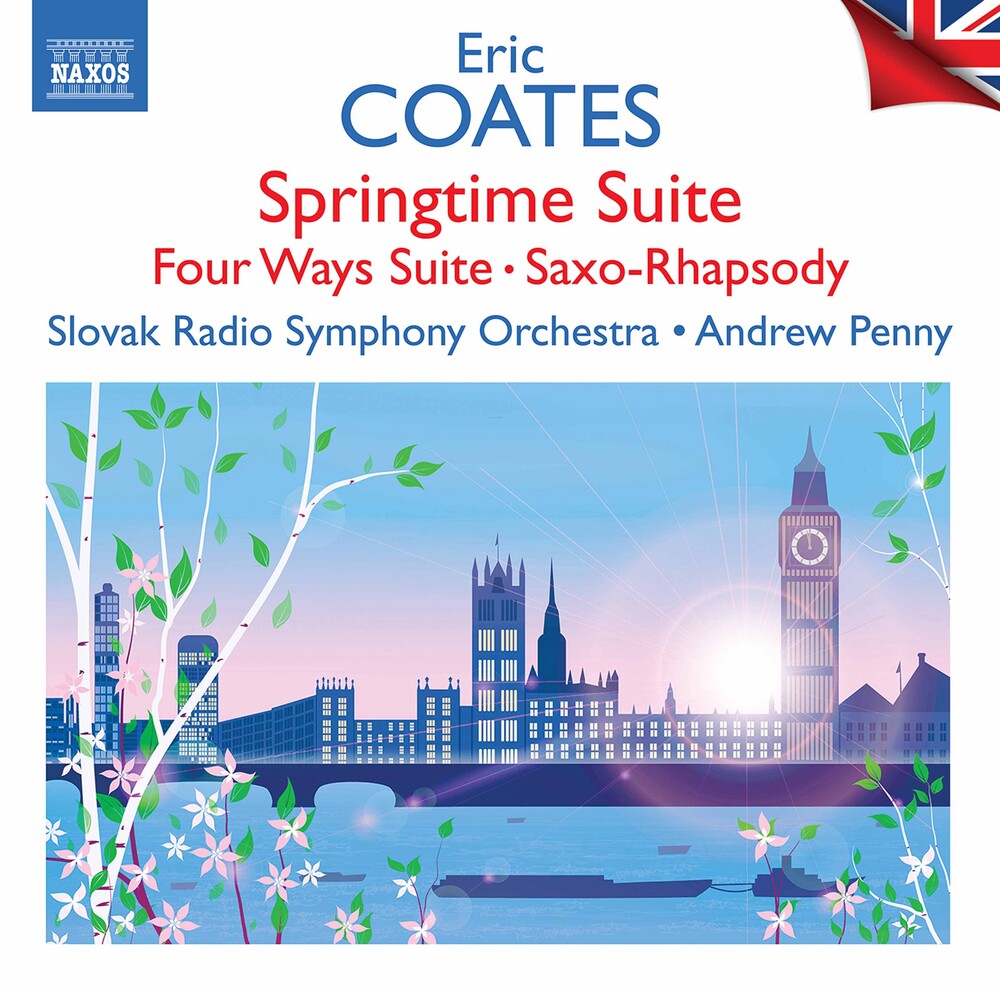 Eric Coates was a master of refined and beautiful melodies, making him a household name during the golden years of British light music in the first half of the 20th century. The Four Ways Suite takes us to all four points of the compass, including exotic China and the jazz rhythms of America, while Springtime evokes both sweeping optimism and soulful memories of a lost age. The virtuoso Saxo-Rhapsody is one of the era's major saxophone works, and Sleepy Lagoon remains famous as the signature tune to BBC Radio's Desert Island Discs. High Flight March was to be Coates' last composition. Since 1992, conductor Andrew Penny has made over 50 recordings for the Naxos and Marco Polo labels. Much of the repertoire is British music and includes symphonies by Arnold and Havergal Brian, film music by Vaughan Williams and Walton, theatre music by Sullivan and Holbrooke, and light music by Coates and Arnold. Penny has been on the instrumental music staff at Hymers College since 1977 and is the longest serving musical director of the Hull Philharmonic Orchestra. He was awarded the MBE for services to music in the Queen's Birthday Honours of 2014.
back to top