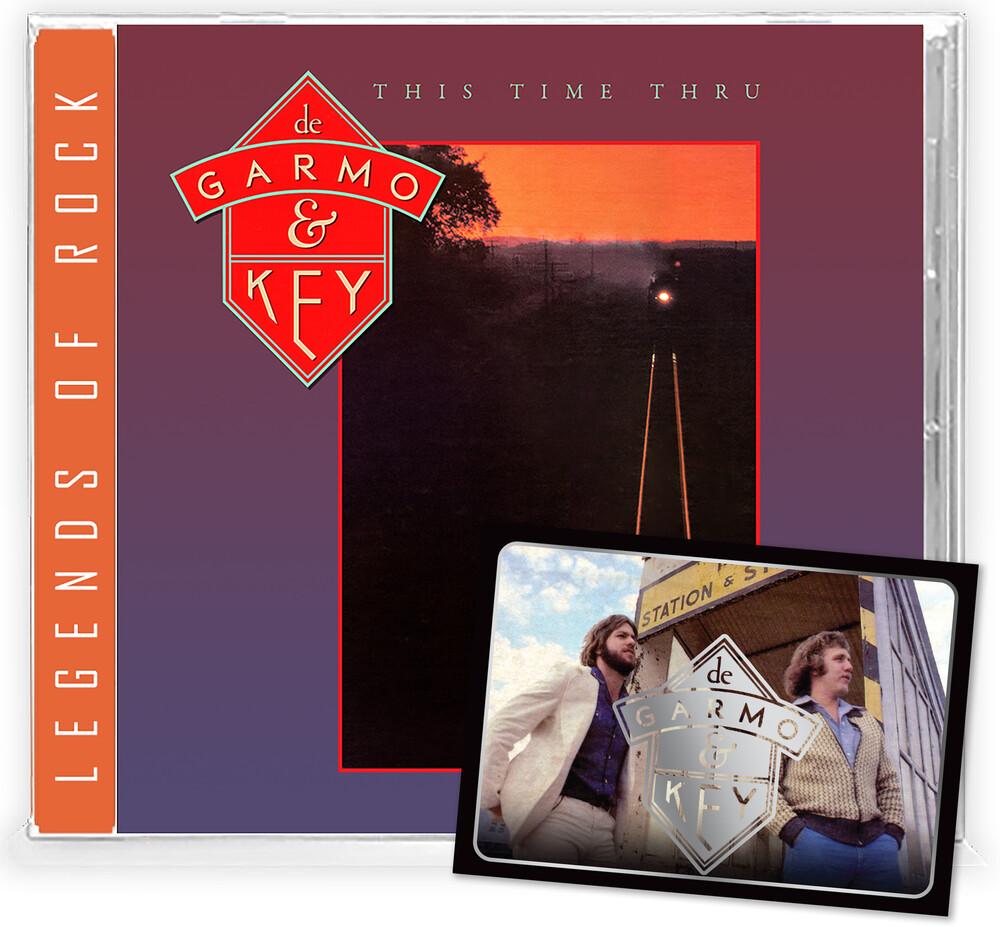 High-Quality Expanded 8 Page Booklet with photos and lyrics, Jewel Case CD, Includes Limited Edition Trading Card #57. Originally Released in 1978 Classic Christian Rock from Early Jesus Music Band D&K, Legends of Rock Edition. DeGarmo and Key's debut album This Time Thru set a new standard for high quality songwriting, musicianship, and production raising the bar for all the future albums to come. From the opening acoustic guitar intro to "Emmanuel," which soon explodes into a classic rock song filled with keyboards, guitar solos, passionate singing, and Biblically based lyrics, one is ushered into a sound that was every bit as high quality as anything being released in the mainstream market. Elements of progressive rock appear in songs such as "Too Far, Too Long," which features a keyboard intro that echoes the work of Keith Emerson from Emerson, Lake, and Palmer, and "Chase the Wind," which features elements that would be at home in a Kansas song. Then there's the country/rock flow of "Sleeper," the grooving R&B shuffle of their cover of the traditional "Wayfaring Stranger," and the title track, which closes the album and features a keyboard solo in the vein of Styx. All in all, This Time Thru, released in 1978, has stood the test of time and remains one of the finest debut albums in Christian rock history.
back to top