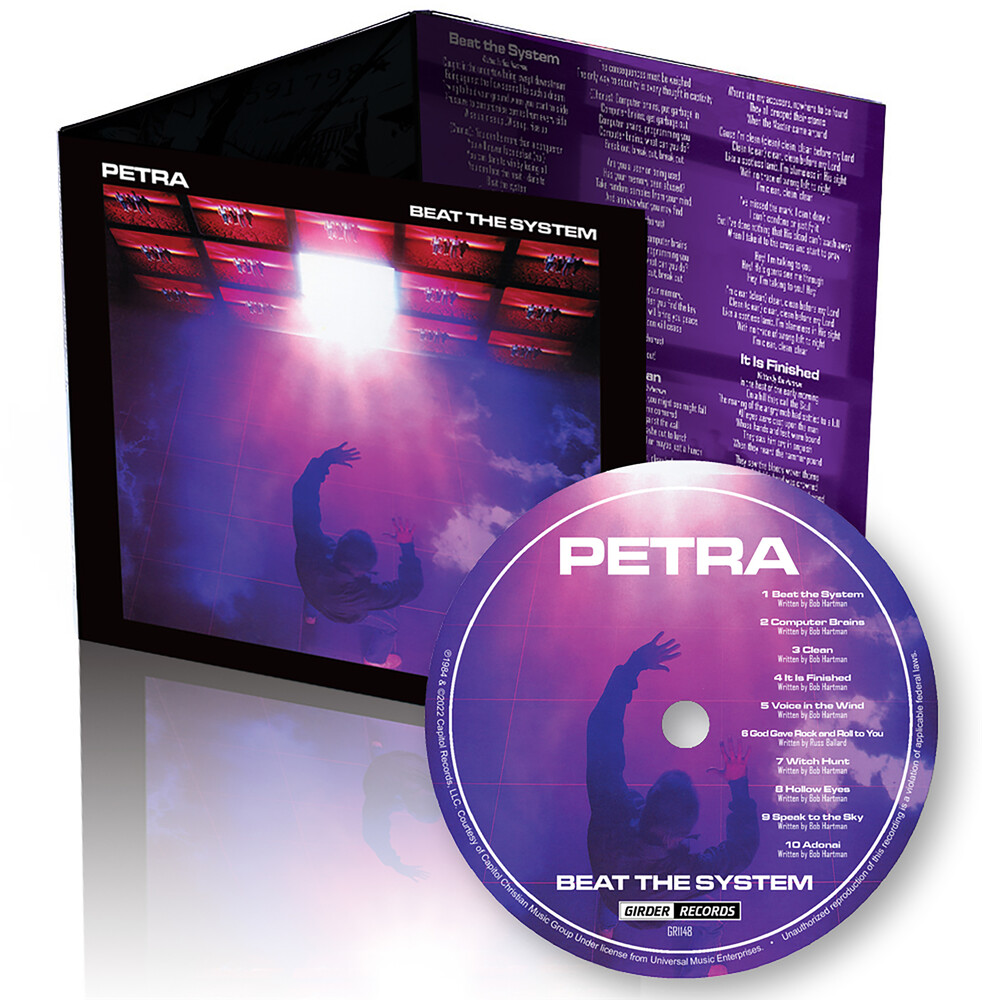 6 Panel Wallet with Lyrics. Dynamic Remaster by Rob Colwell of Bombwoks Sound. Originally Released in 1985. Grammy Nominated Album. Classic Christian Rock containing the classic hit track "God Gave Rock and Roll To You". Legends of Rock Edition. 2022 Girder Records. Petra's Grammy nominated 1985 album, Beat The System, is certainly one of Petra's most transitional works. It is also one that, despite being thoroughly a product of it's time, manages to sound surprisingly relevant today. Due to the departure of keyboardist John Slick, the preponderance of the album's mountain of synthesizer tracks were actually performed by studio musician Carl Marsh or Rhett Lawrence, a young producer and musician who, in future years, would produce albums and write songs for artists like Mariah Carey, Kelly Clarkson, Black Eyed Peas, and Whitney Houston. When Lawrence was working on Beat The System he was also working as a programmer for artists Michael Jackson and Van Halen, which gave the album a polished, mainstream sound. There's no way around it. Beat The System is a synth-rock album from top to bottom. While the program heavy sound fit the lyrical theme of the album, and the trends at radio in 1985, some fans initially bristled at their favorite rock band's digital direction. Catchy songwriting, and a prescient theme, however, has helped the album to age well. As a capstone to the Volz era of the band, and a snapshot of Bob Hartman's ability to adapt to changing styles and trends in rock and pop, Beat The System stands out in Petra's considerable catalog.
back to top