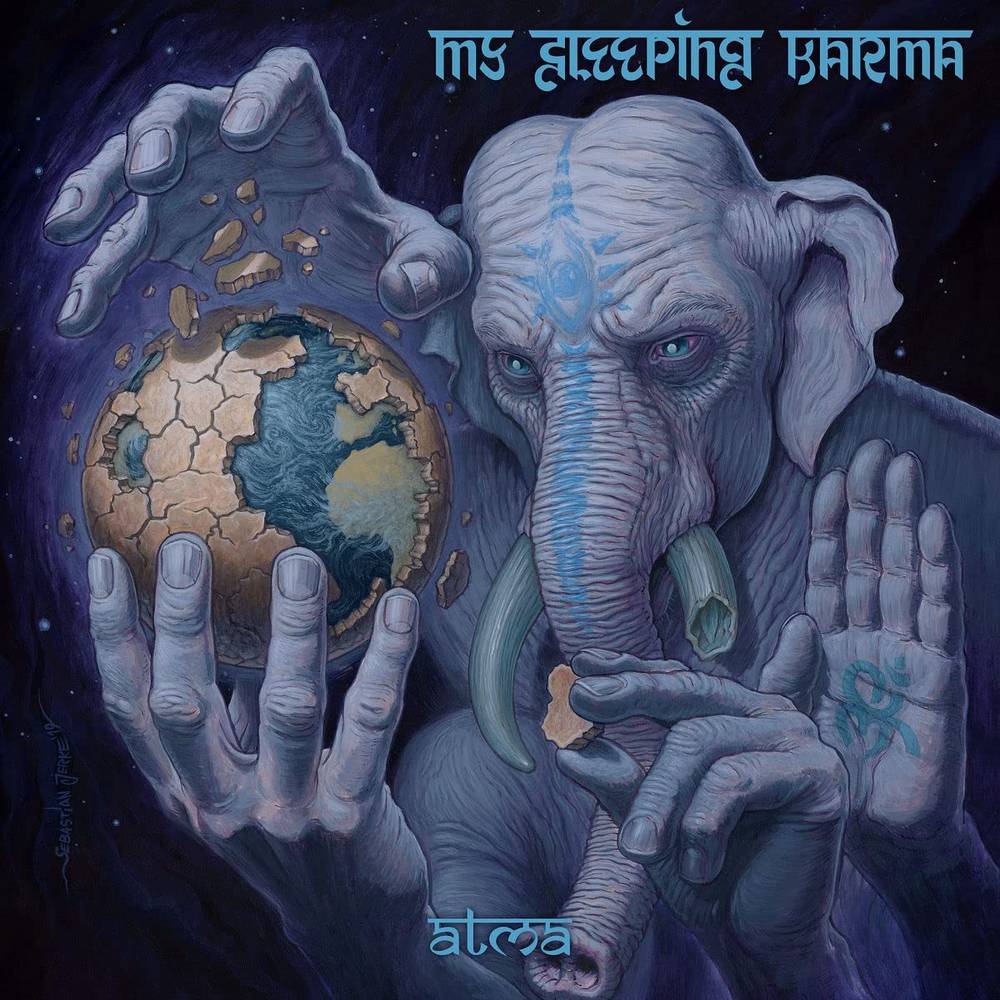 2022 release. As many artists have experienced, the past two years hit the entire music and culture industry hard. But My Sleeping Karma - they have truly faced the abyss. Formed almost 20 years ago as a strong bond of best friends with a steady line-up ever since, the band has amassed an incredibly successful back catalogue of five highly acclaimed records and a live album in 2017, as well as extensive touring performances at sold-out venues and prestigious festivals that have marked them as one of the most well-respected instrumental post- and hypnotic rock bands within the heavy music community. Closing a seven-year gap since their latest studio album, Moksha, My Sleeping Karma release their most emotional, deepest, darkest record to date, inspired by tragic events. The album, Atma - the logical successor to Moksha - describes the (absolute) self, the indestructible, eternal essence of the spirit, and is often translated as the "soul". Sickness, death, and existential fear had brought the band to a point in music and life at which they were close to parting ways. But their will to survive has been recorded on Atma, a record the band wasn't even sure would see the light of day when they started working on it back in 2017, and if it did, would've never been for industry sales, fame or success.
back to top