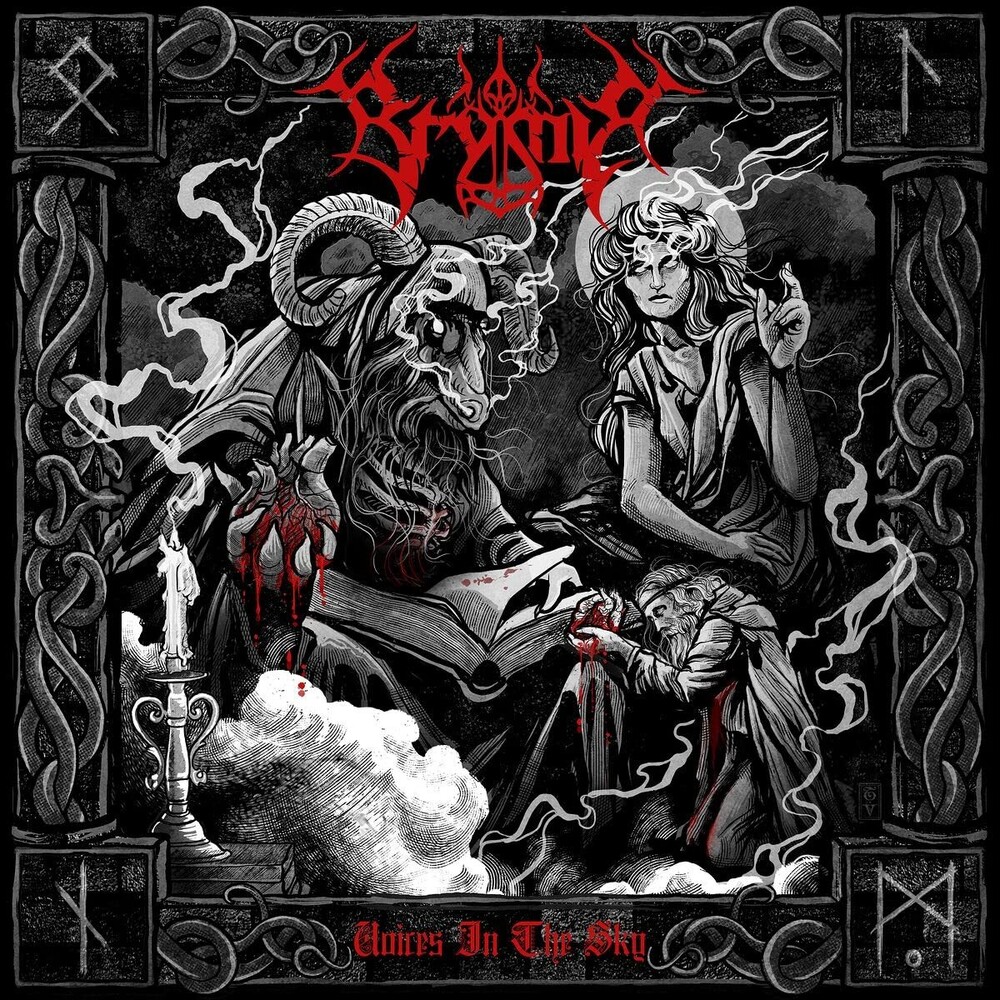 Napalm Records - Voices In The Sky - Brymir - Hailing from Helsinki, Finland, melodic death metal force BRYMIR takes a stand with their most commanding full-length yet, entitled Voices In The Sky, set for release on August 26, 2022 via Napalm Records. Formed in 2006, the five-piece - featuring guitarist Joona BjĂ¶rkroth (Battle Beast), frontman, writer and producer Viktor Storm Gullichsen, drummer Patrik FĂ¤lt (Feastem, ex-Afgrund), Sean Haslam on guitars and Jarkko Niemi on bass - began to stir up the scene in 2011 with their debut Breathe Fire to the Sun, uniting folk metal influences with cinematic soundscapes and hard hitting, fast-paced melodic death impacts. Voices In The Sky - BRYMIR's fourth album and label debut - marks a hefty next level creation in the vein of Ensiferum, Wintersun and Children Of Bodom, but serves as a more modernized answer to the melodic death metal equation with massive production, deep grooves and air-tight technicality. Nevertheless, the band continues to draw inspiration from traditional genres like folk and classical music, all brought together perfectly at the hands of the band and producer and singer Viktor Storm Gullichsen at JKB Studios, with mastering helmed by Tony Lindgren at Fascination Street Studios. With an acoustic guitar interlude, album opener, title track and ode to heavy metal "Voices in the Sky" prepares the listener for an epic, bludgeoning wall-of-sound with stunning instrumentation, blazing guitars and a performance of the most insane blast beats one could imagine! The outrageous outburst continues with full speed on "Forged in War", featuring additional vocals of BRYMIR's live session guitarist Antti Nieminen, who also contributes to folk metal-reinforced "Far From Home". "Seeds of Downfall", the record's most aggressive and gloomy track, doesn't lack once in the majestic arrangement arena - merging with heroic choirs and, together with "Landfall", represents the technical brilliance of the unit at it's best. Heavily catchy "Fly with Me" proves the band's remarkable ability to combine immense, clear, earworm choruses with furious growls and heavy breakdowns, while tracks like "Herald of Aegir - a mythology-adorned stance against pollution of our oceans - and "Rift Between Us" approach the more power metal-inflamed facet of the Finnish juggernauts while still rooted in the melodic death metal segment. The excursion continues with heartfelt "Borderland", featuring intense lyricism underlined by the poem "My Testament" by renowned Ukrainian poet Taras Schevchenko. Voices In The Sky closes with both the nearly eight-minute epic "All as One" and a raging bonus cover of Dark Funeral's "Diabolis Interium" that hits as grimly as the original. On this 11-track piece, BRYMIR combines the best of their defining elements to a greater good, showcasing that they are at the very top of their game and ready to enter the next level in their promising journey!
back to top