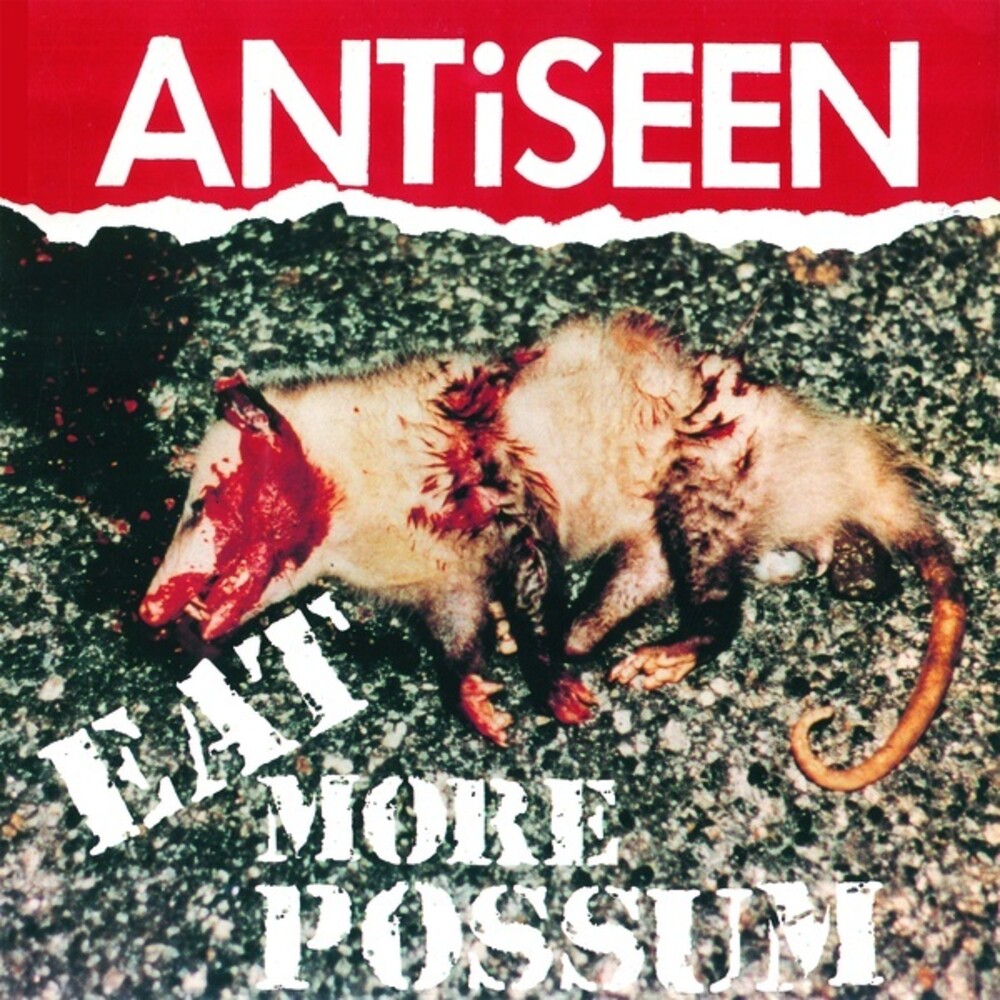 Vinyl LP pressing. Eat More Possum is ANTiSEEN's most acclaimed album, originally released in 1993 and row remastered for this vinyl reissue. ANTiSEEN is an American punk rock band formed in Charlotte, North Carolina by Jeff Clayton and Joe Young in 1983. Musically, ANTiSEEN is influenced by groups such as the Ramones and Stooges, employing short, heavily distorted power chord-driven songs largely free of guitar solos or advanced musicianship. The band has a catalogue of over 100 LPs, EPs, CDs and DVDs recorded with various line-ups and have performed all over the world. Years after crawling from the primordial ooze of rural North Carolina, ANTiSEEN proceed to bulldoze through the nineties with one quality release after another. Eat More Possum is one of the greatest specimens of gun totin', meat eatin', society rejectin' punk rock the Young / Clayton posse ever laid to wax. Young's guitar tone is particularly grinding, heartwarming like steel cutting machinery buzzing in your ear, capped by Jeff Clayton's trademark ursine raving. Speedballs like "Star Whore" and "Storm Trooper" are like chopper territory fights set to music, while anthropological studies on southern attitudes like "Trapped in Dixie" offer miles of perspective to the unfamiliar. The vegetarian torturing anthem "Animals (Eat 'em)" may be the tastiest nugget in this pannikin of dixie nihilism, and the boys nail one hell of a Ramones cover along the way. This is an absolute must for fans of extreme punk rock ala GG Allin, Dwarves, Poison Idea, etc.
back to top