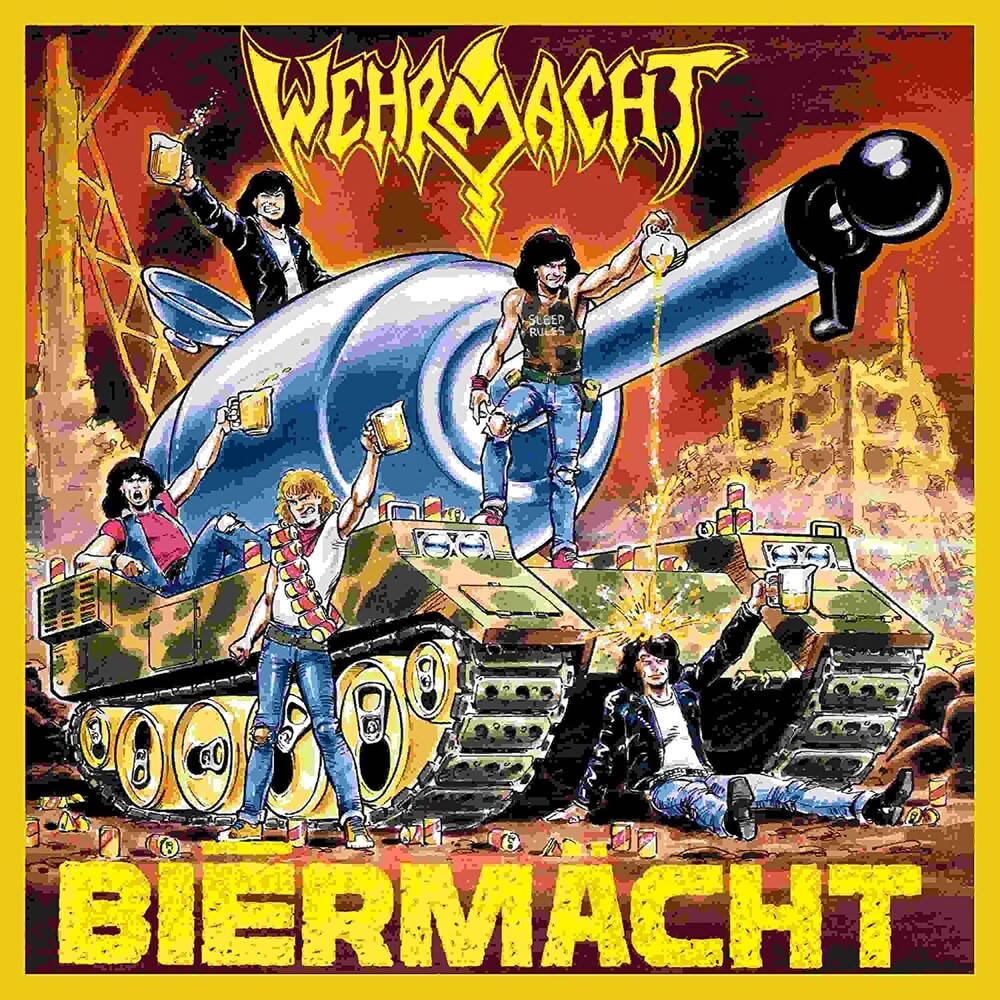 Two CDs. Digitally remastered and expanded edition. The second album from Wehrmacht, BiermĂ¤cht, saw the band maturing while still retaining their Thrashcore roots. Released in mid-1988, BiermĂ¤cht featured a slightly cleaner production than the one found on their debut album. To some fans this rendered the album with much less intensity, but to our ears the sound was still very powerful. The massive reverb used on the first album made Shark Attack sound like a true shark attack and only added to the overall intensity. This time around, the drums are more compressed and some blast beat parts tend to get lost in the overall blur of things. But on the same token, the guitars are much sharper sounding. Marco Zorich and John Duffy were truly evolving as guitar heroes.
back to top