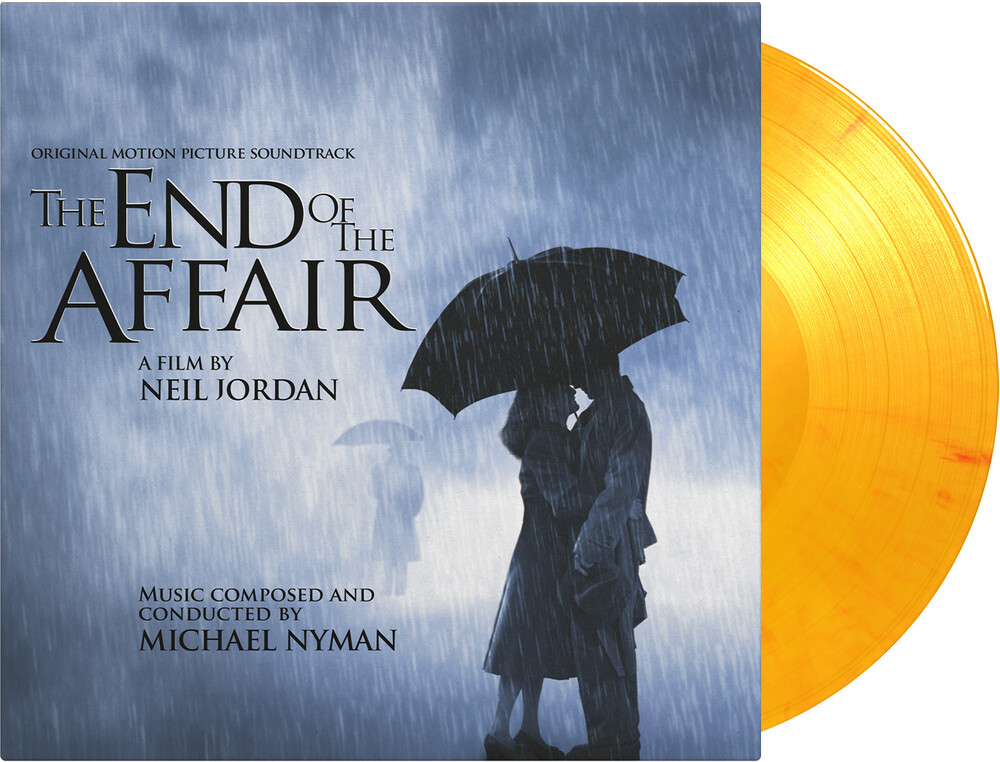 The End Of The Affair is a 1999 romantic drama film written and directed by Neil Jordan. The screenplay stars Ralph Fiennes, Julianne Moore and Stephen Rea. It was based on the 1951 homonymous novel by British author Graham Green. The story is set in London during and just after World War II and is about a flourishing extramarital love affair between Maurice (Fiennes) and Sarah (Moore). The score was composed and conducted by Michael Nyman, one of Britain's most innovative and celebrated composers who is best known for his efforts for The Piano (1993) and Gattaca (1997). Dominated by the 24 violin players in the Michael Nyman Orchestra, his compositions perfectly reflect the full emotional range of Jordan's film. For the very first time, the Original Soundtrack of The End Of The Affair is available on vinyl. The record is available as a limited edition of 1000 individually numbered copies on flaming coloured vinyl and includes an insert. FLAMING COLOURED VINYL.
back to top